Myths Behind Tail Docking. Startling Truths, They Don’t Want You to Know. 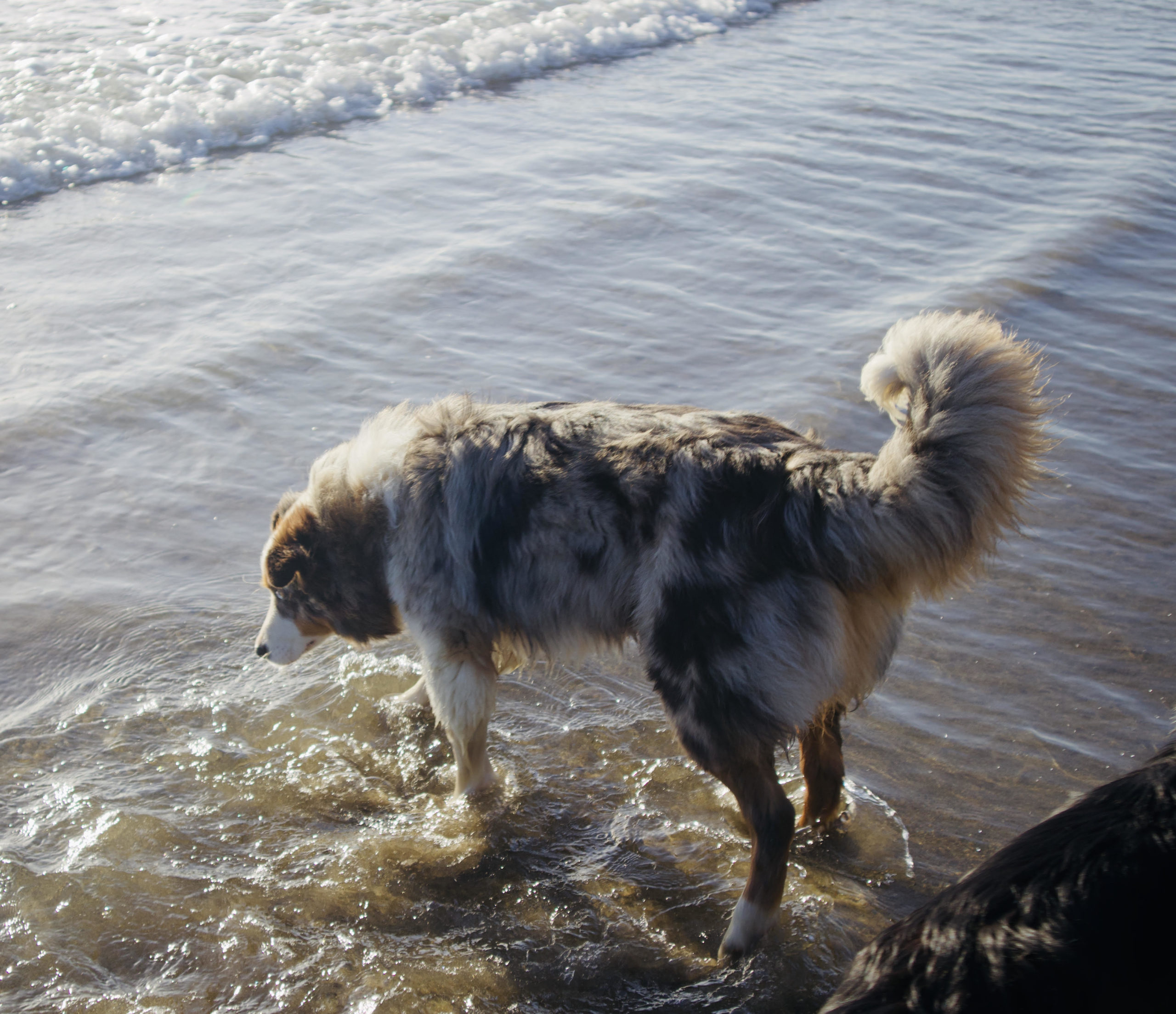 I’ve had many people asking me about tails! I have also seen a couple of blogs regarding my dogs and how their tails are going against breed standards. To everyone interested as to why I have decided to stop following the docking trend, I wrote this for you in 2014 and it still holds true today:

Traditionally, breeders of Australian Shepherds have docked the tails of infant puppies for a variety of reasons established largely by society. Breeders should take into consideration the reasons behind tail docking, the benefits of a tail, and the modern dog before deciding whether this trend is indeed the best choice for their puppies. Almost 30 countries have already banned any procedures resulting in docking of tails, declaws and the cropping of ears. The US continues to blindly follow an ignorant tradition.

Because the genetic patterns for Aussie’s tails vary in length and structure, breed standards established in the USA describe a “typical” Australian Shepherd as having a tail of 4 inches or shorter. In consequence to breed standards, when a puppy is born with a long tail, the tail is “docked” (removed, cut short, amputated) shortly after birth in order to maintain conformity throughout the breed.

What many people don’t know, is that puppies born with a naturally docked/bobbed tail (Short tail or nub) carry a deforming gene if combined/bred with another dog whom was also genetically a natural bob. The result of two parents with natural bobs can result in hip and limb deformities. Therefore breed standards are supporting an inbred mutation.

Tail docking is believed to have originated from the Romans. They believed the muscles in the dog’s tail were the cause of Rabies. This belief has obviously been proven a myth, yet tail docking continues.

In 1870, tax laws on dogs were created to aide funding of the French War. Working dogs were exempt, and to signify their status the tails of working dogs were removed. These taxes are no longer in place, and yet tail docking continues.

The herding industry claims the practice of tail docking is followed to avoid injury. Herding is risky, however its clear that the whole dog is at risk, not only their tail. Should pain be inflicted now by removing the tail, in order to avoid a possible painful injury in the future? Herders may argue that the tails collect burrs and foxtails, which can later cause infection and removing the tail reduces the risk. A good grooming will achieve the same results, and doesn’t involve amputation of an appendage. One can not claim that herding dogs shouldn’t have tails when the number one herding dog is the Border Collie (which have tails), yet Aussie tail docking continues.

Some report that the procedure is painless, therefore the tradition is carried out specifically to demonstrate personal freedom. It is something the government does not yet control. Amputation is indeed not painless; there is pain during the process as well as after (depending on which method is used), even if the puppies nerves are not yet functioning at 100%.

If society is depraved enough to do something simply because they can,then they are begging the government to regulate. The government has not yet banned it in the US, so tail docking continues.

Dog’s tails are designed with great purpose. They express their emotions with their tails, and communicate to other K-9s. A tail is a dog’s rudder while swimming, and warmth when curled up at night. Their tails aide them in jumping, running, and balance. Depriving a dog from their God given tail hinders them in multiple areas…like amputating the humans big toe to prevent it from being stubbed in the future,. The purpose of the tail is obvious, and still tail docking continues.

The dog’s role in society has significantly changed over time. They have gone from “just the dog” chained up outside, to an having an imperative role in work force and family. It’s no longer only dogs living to serve people; there are now millions of people that dedicate their lives to rescuing dogs. There are laws put in place to protect these creatures from abuse and neglect. Participation with the use of dogs for fighting today is a felony.

Some dogs are referred to as somebody’s “Grand-dogs”. Dogs work with the police force. They are key members of search and rescue teams. Dogs lead the blind. They are now partners working side by side with the human race.

We have advanced medical treatments for our dogs such as insulin, surgical procedures, seizure medications. Vaccines for dogs were unheard of when docking of tails was acceptable. There are pounds to maintain the safety of un-wanted and lost dogs. Dog food has become organic. Dog grooming is now a profession. Halloween costumes for dogs are normal. These animals are no long “just dogs”. Almost everything about them has evolved, and yet tail docking continues.

The intent of this message is to open the minds of breeders and consumers as well as explain my reasons for no longer docking tails. I support all breeders choices on this subject as long as their choice is a result of their personal reasoning, and not society’s. As humans we are capable of choice, but choosing to follow a tradition with no accountability is unacceptable. These dogs are mine. My dogs, my choice, my tails.

Come along on my crazy journey as I change breed standards and advocate for dogs to keep their tails: Ranch Rumors Blog | Adventures of a Free-Spirited Horse Girl (ranch-rumors.com) 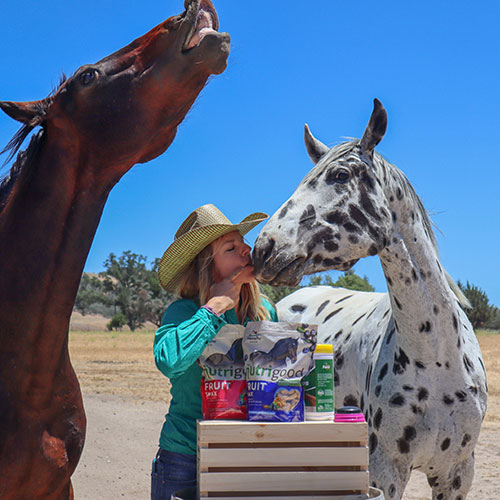 Get my FREE course “Secrets to Getting Started With Clicker Training”!

This course offers examples of “charging” up a clicker, the first step to clicker training any animal. In this short course we will also discuss why we use a clicker and positive reinforcement methods.

And we promise – no SPAM!

We use cookies on our website to give you the most relevant experience by remembering your preferences and repeat visits. By clicking “Accept”, you consent to the use of ALL the cookies.
Do not sell my personal information.
Cookie SettingsAccept
Manage consent

This website uses cookies to improve your experience while you navigate through the website. Out of these, the cookies that are categorized as necessary are stored on your browser as they are essential for the working of basic functionalities of the website. We also use third-party cookies that help us analyze and understand how you use this website. These cookies will be stored in your browser only with your consent. You also have the option to opt-out of these cookies. But opting out of some of these cookies may affect your browsing experience.
Necessary Always Enabled
Necessary cookies are absolutely essential for the website to function properly. These cookies ensure basic functionalities and security features of the website, anonymously.
Functional
Functional cookies help to perform certain functionalities like sharing the content of the website on social media platforms, collect feedbacks, and other third-party features.
Performance
Performance cookies are used to understand and analyze the key performance indexes of the website which helps in delivering a better user experience for the visitors.
Analytics
Analytical cookies are used to understand how visitors interact with the website. These cookies help provide information on metrics the number of visitors, bounce rate, traffic source, etc.
Advertisement
Advertisement cookies are used to provide visitors with relevant ads and marketing campaigns. These cookies track visitors across websites and collect information to provide customized ads.
Others
Other uncategorized cookies are those that are being analyzed and have not been classified into a category as yet.
SAVE & ACCEPT